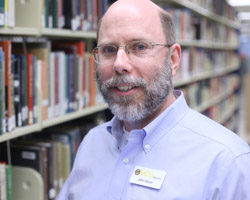 Want to meet to talk about your research, teaching, or projects? Please get in touch.
Website

Google Books provides full-text access to many books in the public domain or out of copyright, and partial access to others. If you can't find the book you want at VCU Libraries, get it via RALC, or order it through ILL, try here.

Where to Find Books on Ethnic Literatures

If you want to browse the shelves without looking for a particular work, you may wish to consult the Library of Congress Classification Outline. For the purposes of this class, you will find much useful materials in Class P, on the 4th floor of Cabell. All 20th century U.S. fiction can be found in PS, with individual authors and their works, criticism, biographies, etc. in PS3500-PS3549 (1900-1960) or PS3550-3576 (1960-2000). Note, however, that many titles may appear in Class E-F - History of the Americas.

Useful subject headings may include:

These subject headings will also be useful in WorldCat or other databases that use the Library of Congress' classification system.

These are a sampling of the books in the reference section on the first floor of Cabell Library that might be useful for you in exploring your topic. Each volume contains information about major American authors, literary movements, etc., along with supplementary bibliography that may prove useful in further exploring your topic.

If you can't find the book that you want at VCU, try these resources to find what you need.