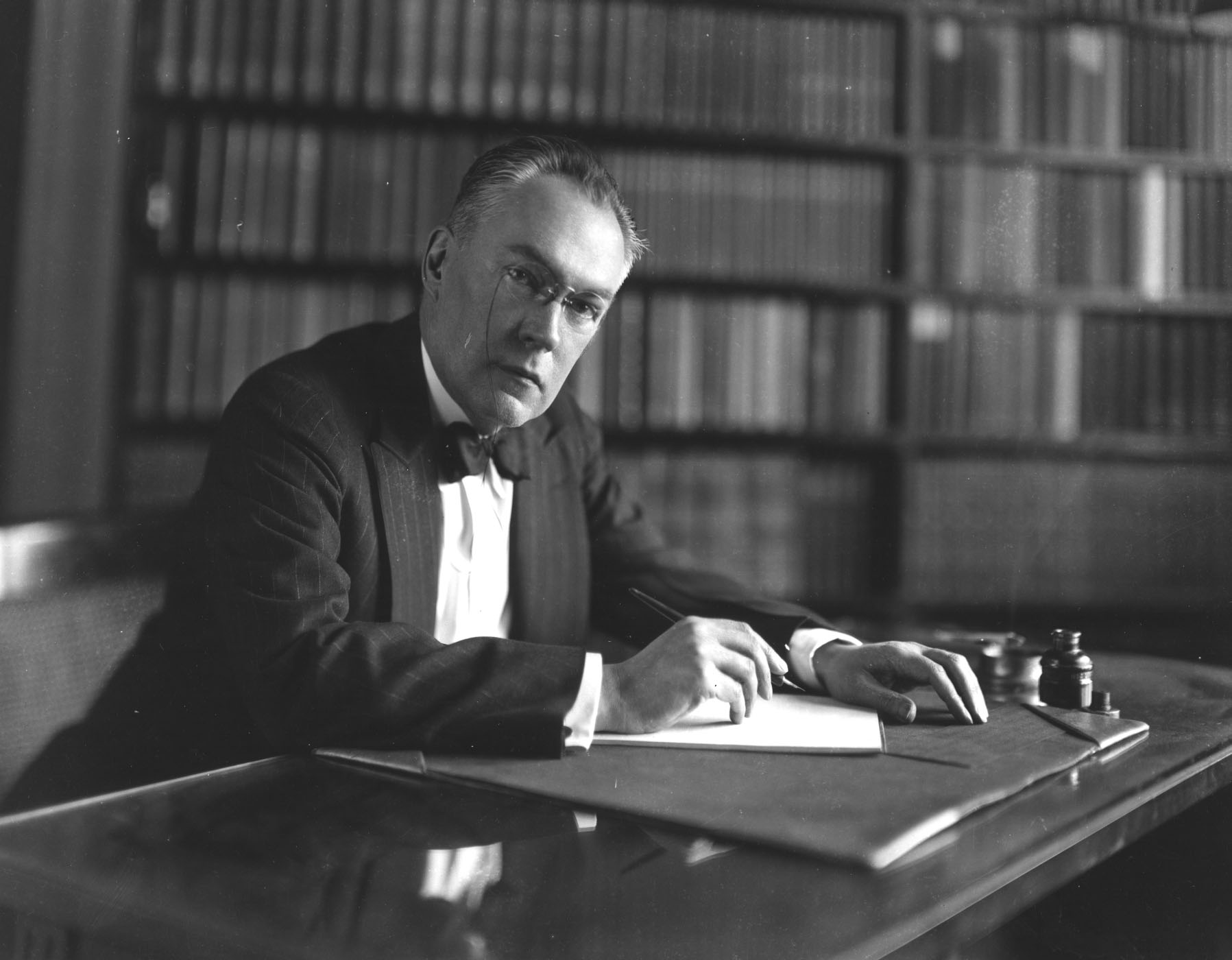 The Man of Many Myths

During his lifetime, Richmond author James Branch Cabell authored 52 volumes of works, the most famous of which was the controversial Jurgen  published in 1919. During the 1920s, Cabell enjoyed literary success and the high regard of his peers including writers as diverse as H.L. Mencken, Sinclair Lewis, and Carl Van Vechten. Much like his friend and fellow Richmond author Ellen Glasgow (1873-1945), Cabell was quick to point out the hypocrisy of the South through satire.  His medieval romanticism and fantasy, which combined many classic mythologies in a fantasy world Cabell called Poictesme (pwa-tem), were in fact thinly disguised commentary on the manners of those times. Considered a forerunner of American fantasy fiction, his work is applauded today by writers and artists including Neil Gaiman and Charles Vess.

Soon after Virginia Commonwealth University was formed in 1968, when the Medical College of Virginia merged with Richmond Professional Institute, the University began plans for a new library for the Monroe Park campus. In 1970, the James Branch Cabell Library, named for one of Richmond's most respected writers, opened its doors.