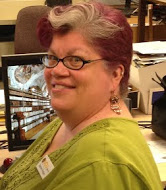 Written in 1787, ratified in 1788, and in operation since 1789, the United States Constitution is the world’s longest surviving written charter of government. For over two centuries the Constitution has remained in force because its framers successfully separated and balanced governmental powers to safeguard the interests of majority rule and minority rights, of liberty and equality, and of the central and state governments.  More a concise statement of national principles than a detailed plan of governmental operation, the Constitution has evolved to meet the changing needs of a modern society profoundly different from the eighteenth-century world in which its creators lived. (text from the United States Senate website)