About Films on Demand

The Films on Demand library is a subscription collection whose content is immediately accessible to students and faculty. The platform can be accessed from the library's A-Z Database list.

Films on Demand tools and features

For specific searches, keywords, excerpts and series titles can be entered into the platform's search bar.

The advanced search option is useful for filtering content by producer, copyright year, and more. 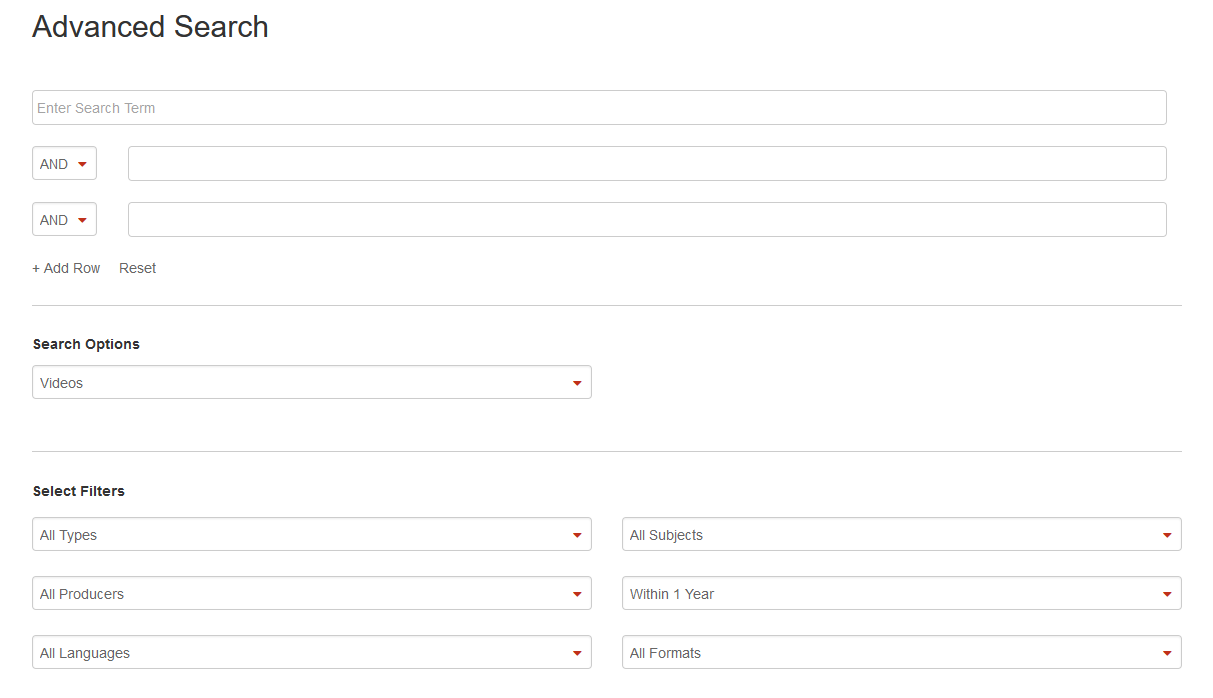 Films can be browsed by subject or producer by selecting the three-bar menu icon next to the Films on Demand logo.

To share a link to a film, select the "Share" icon in the results listing or video page. This is a more stable link sharing method than copying what appears in the URL bar.

*Note: if you are having difficulty accessing a Films on Demand video using a link that was provided to you, try opening Films on Demand from the A-Z Database list prior to clicking on the link.

In the pop-up window, select "Link" and then "Copy."

Setting up a Films on Demand account allows the user to save videos into custom playlists or folders. After opening the platform, select "Your Profile" and then "New user? Sign up."

Films on Demand has three similar options for saving and organizing content. All can be found by selecting "Add to" under the video player. 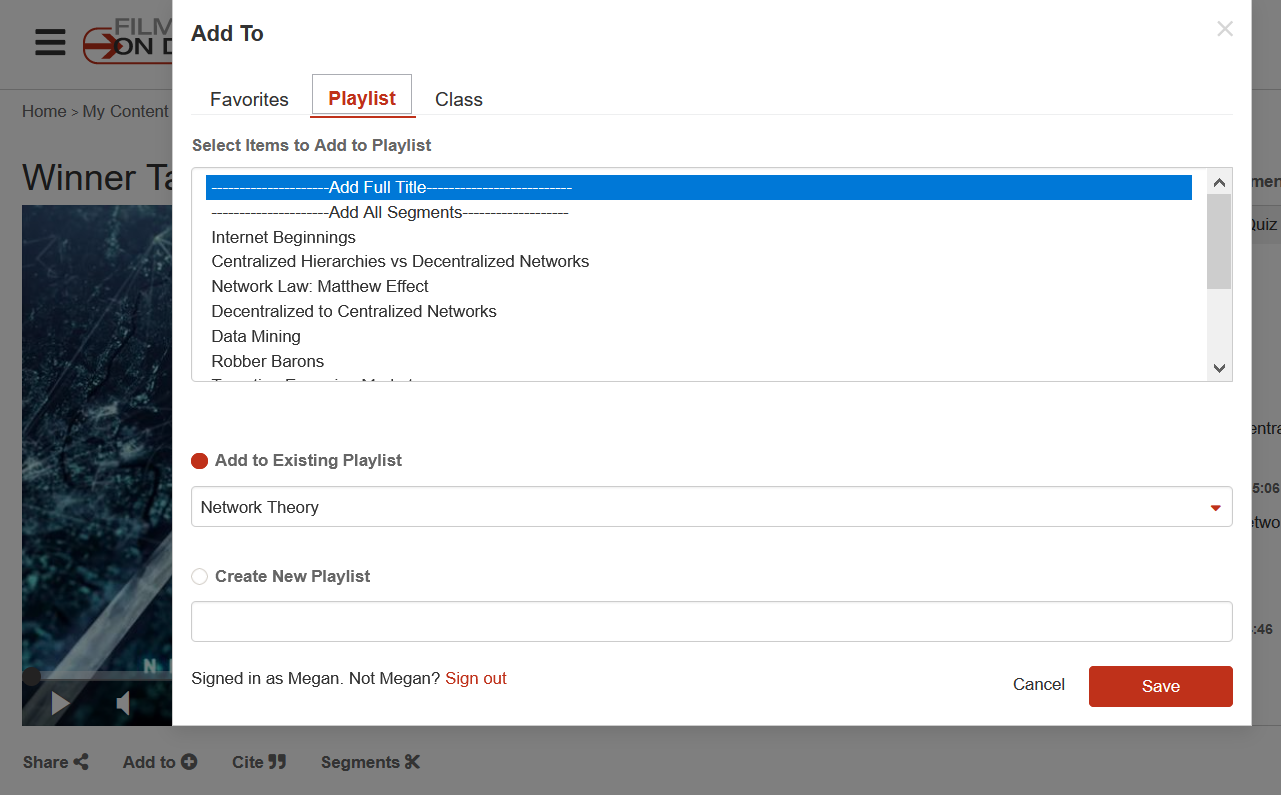 For more information on tools and features available in Films on Demand, refer to their product support page.